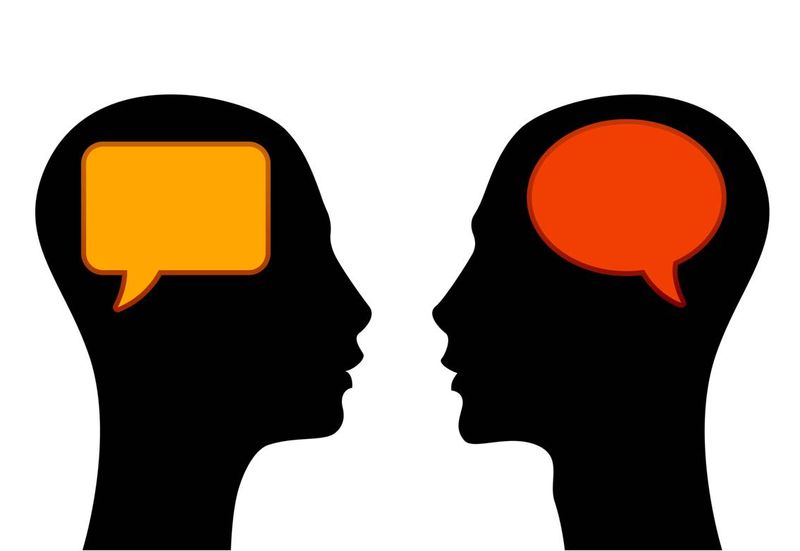 It seems to me that communication is a slippery thing that is sometimes overrated. That may surprised you given that I am “communicating” with you right now and that I have a degree (two actually) in communication. But I have noticed that while we are increasing our amount, ways and forms of communication (think about all the devices you used today) misunderstandings continue to abound, if not grow exponentially with our media usage.

The reason why is because communication is based on perception. What a person chooses to communicate is based on what she or he sees, feels, decides, knows and believes — and those things are first created in his or her perceptions and become the grounding for assumptions. But for all this communicating we are doing, we rarely actually share the perceptions and assumptions that are underneath the message. Especially in these busy times when we have so much to get done and speed is the priority.

Think about it. If you perceive your brother to be overbearing, you might assume that he will not listen to you. So when you have something to communicate to him, what you choose to say (and not), and when and how you say it, will all be driven by your perception and assumption. Whether you choose to be super assertive (in hopes that something will get through) or very tentative (to avoid triggering his reaction), the actual communication is colored by something that is not in the message itself. And that’s just your side — he has his own perceptions and assumptions that will dictate his response.

So for all the communicating we are doing, our actual ability to understand another is shortchanged unless we engage in real listening. Real listening is about getting at the perceptions and assumptions underneath the message — sometimes you can do this by paying attention, as every message has both verbal and non-verbal clues. But oftentimes, you may have to ask questions, particularly to get at perceptions and assumptions. It can be done but it’s time consuming, which is why all this instant media is creating havoc in society.

Lately, I have been experiencing some miscommunications and it got me thinking about why. All of them have been between smart, competent people, who share the same native language and who are working amicably toward the same goal. And all of them even included written messages (emails, notes, etc.) that shored up each person’s understanding. But when I went to unpack them, at the core was perceptions and assumptions that when missing, completely skewed each person’s understanding in a different direction. But once they were added to the mix, provided great clarity for all.

Of course, we used communication and media devices to aid us in this further exploration so they obviously have their place. But for me, I am going to slow down, and spend my time communicating better on the front side in hopes that I will have to spend less time communicating about miscommunications on the backside. Oh my!