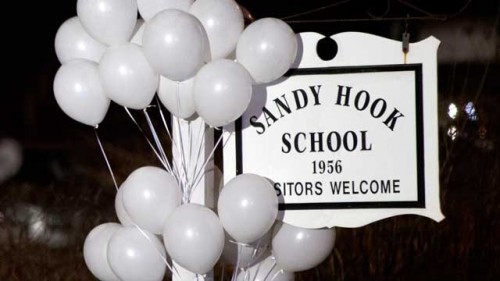 Hello readers. Thanks for your patience these past 2 weeks when I was not able to post. The big flu visited our home and has made the rounds — either I was busy taking care of my family or knocked down with it myself. I was in no shape to string coherent thoughts together, but now I’m back and I have a lot to say.

Like the rest of the nation, I am devastated by the tragedy in Newtown, Connecticut. My daughter will be 6 next month and picturing children her age so brutally slaughtered has hit me deeply. My husband as well. Chris said that when he read the news on the internet that day, he wept in his office. I’m sure many of you did as well.

This story has really caused me to reflect on three key issues. The first is the status of mental health care in this country. More information is surfacing about Adam Lanza’s unstable mental condition and his mother’s attempts to get him help (read more). Just like James Holmes, the Batman shooter in Colordao, and Seung-Hui Cho, the shooter at Virginia Tech, Adam showed signs of increasing mental instability. In all three cases, people could see the violent tragedy coming but couldn’t stop it.

We have to be able to do better than this. We must find ways to remove the stigma of mental illness while simultaneously making mental health treatment more accessible and more affordable to those who need it. Mental health care has taken the brunt of budget cuts over the years until not much is really left.

I experienced this myself several years ago when my boyfriend, Lex, became suicidal. He had not yet been diagnosed with bipolar disorder and he started having hallucinations. I took him to a therapist who quickly identified what was happening and asked him if he had plans to hurt himself or someone else. He said yes and she told me to drive him straight to the ER. When we got there, they were not able to admit him because they didn’t have any space for him. So despite the fact that he was having a mental break and was suicidal, they sent him home with me with the instructions to keep him drugged up on heavy tranquilizers until I could get him into a private psychiatrist.  I wish I was kidding, but that was really their solution — to keep him too drugged to harm himself.

The even sadder part was that it took me nearly 2 weeks to find a psychiatrist who would take him as a patient because they don’t like to take on patients who are in an active mental break. I was horrified then and I am horrified now. I can only imagine what Adam Lanza’s mother had tried in the past few month to prevent this tragedy — and how she and Adam were both failed at every turn. The price for that extended far beyond their own family and now has crushed the dreams of 26 other families.

At that brings me to the second issue, which is how prevalent media violence is in our society. I believe in my core that this is what fuels the acts of the mentally ill such as Lanza. If our society wasn’t so focused on glorifying violence, then it wouldn’t be the first place that they turn when they start to lose their grip on reality.

If you think about it, all these men did was act out the most common form of expression we show on our media — humans killing each other. Every day, we are all so surrounded by images of violence, and particularly shooting murders, that we have become desensitized to it. Research has proven this to be true but you don’t need fancy studies to see it for yourself.

I remember the days when violent crimes were implied on TV and the news would never show carnage (back in the 70s). Now, prime time is so loading with mutilated bodies and gruesome crime scenes, that you almost can’t get through an evening without seeing spilled blood. Think about it. And because we are desensitized, our action adventure movies are getting more and more outrageous in order to get us to feel anything. As a result, the ratings have creeped up so that what used to be an R can now get a PG rating. It’s truly scary what we let our children watch.

Did you know that by the time a child enters 7th grade, she or he will have seen 8,000 murders on TV?  And by the time she or he is 18, it will be 40,000 murders. I was shocked by this and several other things I learned in this powerful 13 minute documentary on violence in children’s programming, called A Kinder World. I personally think that every parent and teacher needs to watch this film.

And then there’s the games. The graphics are so realistic now that you can watch the blood splatter as you shoot the head off your enemy. Call of Duty, Assassin’s Creed, and Grand Theft Auto are just some examples with “70-90% of the top selling games are very violent” (read more).

Chris was an avid Call of Duty player… until last Friday. I have always been bothered by it but he said that he enjoyed the strategy of it and also the community of people he met online while playing. He felt that it was “just a game” and that he and the others players knew it was not reality. And that’s all true.

But last Friday, he said he is done playing. He realized that he doesn’t want to participate in anything that teaches people that killing others is how you solve your problems. Even if it just fantasy — it’s not a fantasy he wants to support anymore because there are too many people who turn it in to reality as they lose their grip on reality.

And that brings me to the third issue of semi-automatic guns. I actually value personal freedom and am not against guns per se, but I am very concerned about how easy it is to get these semi-automatic guns that can kill several people in a matter of seconds. These guns mirror the action that we are fed in our violent games, movies and TV shows. We have find a better way to limit access to high powered weapons.

Because for me, the tragedy in the Sandy Hook elementary school, and the Aurora movie theater, and the Virginia Tech campus are at the intersection of these three issues. We are a society that does not take care of its citizen’s mental health, while we simultaneously feed our youth a steady diet of increasingly violent images, and then we make it easy to purchase the weapons that allow you to recreate the violent media fantasy.

If we change just one of these, it will have an impact, and if we could shift all three, I truly believe that these tragedies would become very rare. Right now, violence in schools is on the rise. When will we have had enough?

What does this post have to do with the normally touchy-feely topics of Soul School? To me, it’s about community and how we take care of each other. It’s about helping people heal, and helping our society find a more positive path, that focuses on connection and love, rather than violence and hatred. We all have a role to play in this shift. What is yours?