Historically, vision quests have been a rite of passage in indigenous cultures around the world including the Native tribes in the US and Canada. The goal of the quest is to provide the seeker with clarity about his or her physical and spiritual journey in the world. Vision quests can have many components, depending on the tribal tradition, and include a ceremonial ritual of leaving the known, facing the fear of and moving through the unknown, to return again in a new way. Many include facing physical hardship that must be overcome, such as fasting, a solo trek through nature, and/or a sweat lodge. Many times, these quests are guided or blessed by a Shaman or Medicine Woman or Man. There is a purpose or intention set for the vision quest before it begins and the results are usually extremely powerful for the seeker. 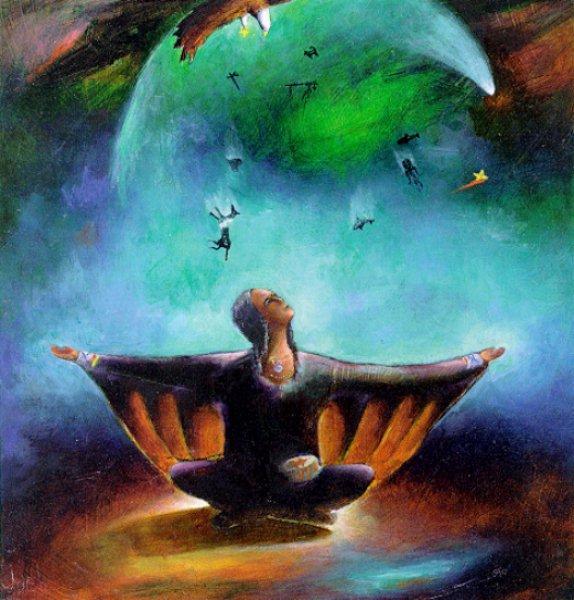 There are many organizations that will organize vision quests that are in keeping with tribal traditions. In addition, there are practitioners who will guide individuals through a type of quest, depending on the needs of the individual.

Personally, I have done the latter but I know many people, men in particular, who have done a traditional vision quest and found it to be a profound transformational experience. For me, I did one guided session with Karen Hefner, that involved cutting the energetic cords of people who were not healthy for me. I had felt that my own healing and progress in life were being held back by old relationships, and even though I was no longer in those relationships, they still had some hold over me. So the guided visualization was my ceremony for cutting the unseen but energetic ties I still felt. The session was very emotional for me, in a good way, and I found it to be very successful. My life shifted as a result and I was able to move forward in the way I had hoped.

The other session I did was a guided vision with Nick Duggan who used ceremonial drumming and guided visualization to help me make contact with my animal spirit guides. This session was also profound as I was seeking clarity about some key decisions in my life and I received clear messages from my spirit guides. Through the ceremony, I felt truly transformed from this world to another and I witnessed for myself the power of reaching out to the spirit world.

I have personally done quest experiences with the following people. Both were very powerful for me and I recommend them highly.

There are many organizations that arrange Vision Quest ceremonies. I found several through a quick internet search. If you wish to schedule a Vision Quest, be sure to do your homework to discover the track record of the company and the qualifications of its leaders. Personally, I think it is really important that you find one that is authentically based in a tribal tradition so that the true Sacred intent and process is honored by people who have been given the appropriate permission to lead the ceremony.